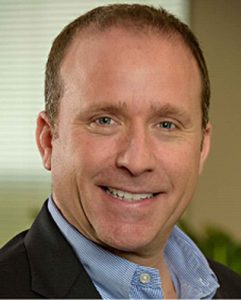 He is also a co-founder and board member of California-based M Plant Productions, a company focused on manufacturing, marketing and selling best in class cannabis-infused products developed by Cannabistry to the California market.

Scott is the founder and former CEO of Chicago-based Enjoy Life Foods (www.enjoylifefoods.com), a company dedicated to developing, producing, and marketing great tasting gluten free and allergy friendly food products (2001-2016). In addition to starting Enjoy Life, Scott effectively created an entire category, which is now known as “Free From” through thought leadership, education, and certification standards.

In February 2015, Enjoy Life Foods was acquired by Mondelez International, a $34 billion multinational food company in an all-cash transaction. Scott continued to oversee the Enjoy Life business (as a wholly owned subsidiary of Mondelez) until October 2016.

Scott currently serves on the Board of Trustees of SPOON Foundation (www.spoonfoundation.org), a not-for-profit organization dedicated to building a world where children without families and those with disabilities are seen, nourished and given the chance to thrive.

Scott is a member of the Young Presidents Organization, a mentor to many upstart entrepreneurs (including being a “super mentor” at the Good Food Business Accelerator at 1871) and is an active alumnus and frequent speaker at the Kellogg School of Management at Northwestern University.

Scott was named by Food Processing magazine in 2016 as one of five company leaders who are “revolutionizing Big Food”. He was named as an EY Entrepreneur Of The Year® Award Winner in 2015, was the Food Allergy Research & Education (FARE) Chicago Gala Honoree in 2014, was named to the Crain’s Chicago Business “40 Under 40” list in 2008, and was inducted into the Chicago Area Entrepreneurship Hall of Fame in 2006.

Scott earned an MBA degree from the Kellogg School of Management at Northwestern University in 2001 with concentrations in the areas of Entrepreneurship & Innovation, Finance, and Management & Strategy. He earned a Bachelor of Arts degree from Indiana University (Bloomington) in 1993 with a major in History and a minor in Business.

Scott resides in Deerfield, IL with his wife (Dana) and their three children (Ronnie, Ryan and Reese).

Innovation at all levels and functions is a valuable organizational trait. From technology-based start-ups to mainstream companies, from concept ideation to creative operational efficiencies and brand management strategies, taking a novel approach can increase the chance of success for a project, company or individual. Members of this seminar’s Innovation Panel will share insights into the importance, challenges and successes in nurturing the spirit of innovation.